John Gosden's 3YO saw off old foe Circus Maximus along with other strong contenders like Phoenix Of Spain, Zabeel Prince and I Can Fly during the Sussex Stakes, which is an annual feature of the Glorious Goodwood Festival.

The colt was being aimed at races such as the QEII, the Prix du Moulin and the Breeders’ Cup Mile. But alas that is not to be.

“Too Darn Hot has undergone emergency surgery to his right-hind cannon after x-rays revealed a hairline fracture,” said Simon Marsh, the racing manager to the horse’s owners, Andrew and Madeleine Lloyd-Webber. “I am glad to say he has come safely through surgery. The injury is not life-threatening and he should make a full recovery.” 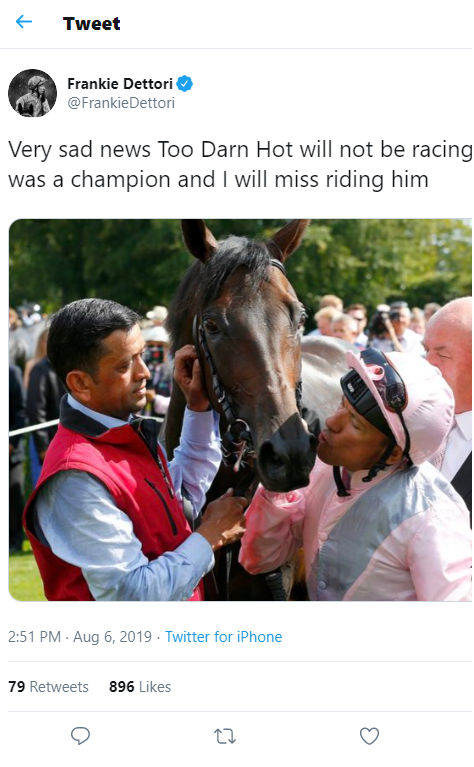 Too Darn Hot will begin a new career in the new year as a stallion at Sheikh Mohammed’s Dalham Hall Stud in Newmarket. His final record reads six wins from nine starts but the memories that will linger are of his flawless juvenile campaign that ended with a comfortable Dewhurst Stakes victoryover Advertise and Anthony Van Dyck.