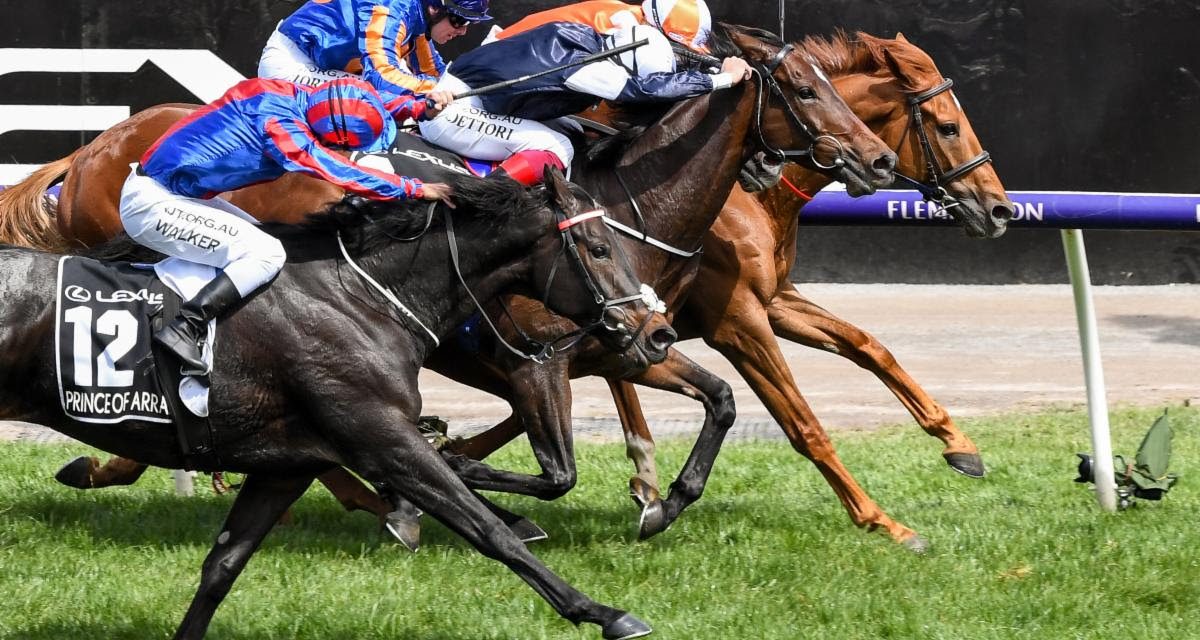 The Melbourne Cup was won by Vow And Declare under the Craig Williams, one of the oldest jockeys to lift the trophy, narrowly beating Master Of Reality under Frankie Dettori who had hit the front in the home straight and looked to be shaped like a winner only to be passed at the last minute by the son of Declaration of War.

Dettori was later given a nine-meeting ban in a Stewards enquiry, riding for Irish trainer Joseph O'Brien. They ruled that he impeded Il Paradiso, who was fourth past the post for Joseph's father Aidan. Il Paradiso was promoted to third, with British hope Prince Of Arran second.

Interestingly, Prince Of Arran's jockey Michael Walker was fined AUS10,000 (£5,400) and suspended for seven race meetings for overuse of the whip.

Last year's winner, Godolphin owned-Cross Counter was ridden by Scandinavian jockey William Buick for English Derby-winning handler Charlie Appleby. The son of Teofilo landed a surprising 8th behind finch.
And while all this was going on we all held our collective breaths, thus once again proving that although The Everest is now the richest race in Australia, The Melbourne Cup is still the 'race that stops the nation'.

Asked where the horse's name came from, owner-breeder Paul Lanskey said he was named after his father.

"Dad would come home from the pub and say to mum: 'I vow and declare I've only had a few beers.'"